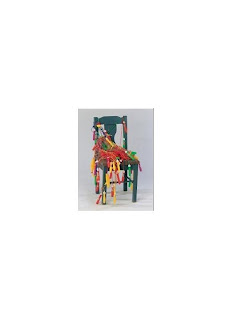 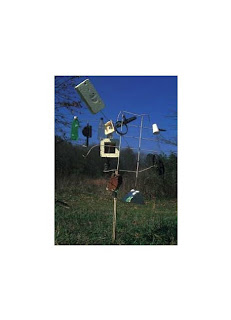 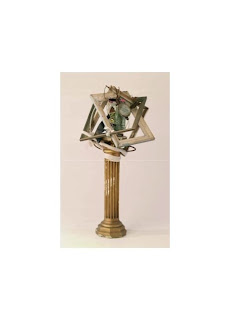 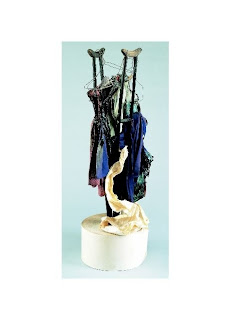 I have a great deal to write about Lonnie Holley later as I have seen his work quite awhile and know him not to be a familiar name in New York. However at this time I will let the reproductions of works from the eighties on up delight those who may find them delightful, and in the heart of the spirit of Ad Hoc as I have been delineating it here starting with the Rauschenberg and the Quilts of Gee's Bend on up through the latest series of postings. It is actually seeing his work in 1991 I believe for the first time that originally started me on a certain train of thought that first laid the groundwork for this show.

This is the last paragraph from an article Raphael Rubinstein wrote on Lonnie Holley in Art in America, May 2004:

Holley's work is compelling not only for its inventiveness and social implications but also for the way it brings together various traditions and precedents. This gathering of sculptures summons up much 20th-century assemblage, from Picasso to Richard Stankiewicz to Jean Tinguely (in particular, the latter's Homage to New York, in the garden of the Museum of Modern Art in 1960), and at the same time references the African-American tradition of the yard show. Holley's bent-wire heads recall Calder's early sculptures, while his bold informality has much to do with scatter art. Let's hope that in the wake of this exhibition and a survey show--recently at Ikon Gallery in Birmingham, England, and scheduled to come to Birmingham, Ala., this summer--his work, which is too often restricted to the ambience of vernacular or Outsider art, will become more widely seen
Posted by Lori Ellison at 11:04 AM