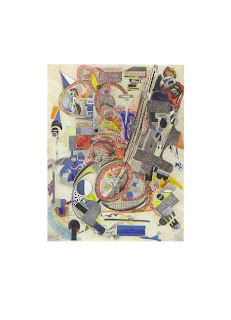 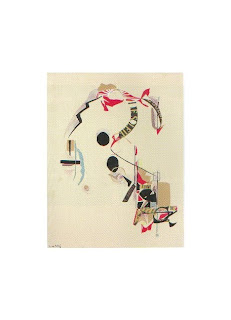 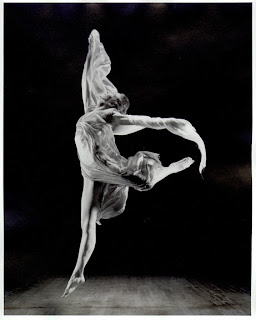 Hilla Rebay was born in Strasbourg in 1890 into the von Rebay family. She went to Paris after one year in 1909 studying at the art school in Cologne, to go to the Academie Julian, still famous all over Europe as a place to draw and paint from live nude models rather than plaster reproductions of Greco-Roman sculptures. At the same time she attended the Academie de Grande Chaumiere which was more progressive in studying color in the new optical and scientific way pioneered by the Impressionists. After moving back to Germany and settling in Munich she met the painter Erler who was one of the founders and illustrators of the journal Die Jugend that was following up on the Munich Secession movement of the 1890s. But the turning point for Rebay as a hardworking artist wanting to find a solid way of working out of her studio was when she had moved back to Cologne in 1912 and saw the Futurist Exhibition that caused a sensation there just as it had already in Paris, London, Berlin, Brussels and elsewhere. It included works by Umberto Boccioni, Carlo Carra, Robert Delaunay, Sonia Delaunay-Terk, Kandinsky, Paul Klee, Fernand leger and so many others.

By 1915 just before the breakout of World War II she was in Switzerland and was befriended by Hans Arp in Zurich, he encouraged her in linocuts and abstractions she was making based on visits to the Cirque Medrano and Ballets Russes. In these circus and dance scenes, which had occupied her since 1913, it was possible to trace her progres from greater and greater reduction and form and abstraction. She increasingly structured the lines until she wrote thatt she hoped "they would not be taken for a manufacturing blueprint."

It was Arp who gave Hilla the almanac Der Blaue Reiter (1912) and Kandinsky's On the Spiritual in Art (1911). Through Arp, Rebay came to know the Zurich Dada circle, founded in February 1916 by Hugo Ball, but when Arp wanted to publish her new woodcuts and linocuts in the group's journal Cabaret Voltaire he was blocked from doing so.

Nevertheless she made her first paper plastic in 1916, the first reproduction at top left, as it was later to be listed in The Museum of Objective Art. please note in the overall composition the photograph of the little girl at top right whose forehead is peeking out at top right. Rebay herself founded and ran The Museum of Objective Art through Solomon Guggenheim's backing from the early twenties when it began until 1952. She resigned then three years later in the aftermath of Guggenheim's death and is described as "abandoning the batlefield" in the essay Art of Tomorrow by Jo-Anne Birnie Danzker, in the Guggenheim Catalogue with the same title, Art of Tomorrow: Hilla Rebay and Solomon Guggenheim, where I have gotten this information and the two reproductions from. It contains the correspondence she had with Kandinsky but I find it interesting beyond there theosophical ideas that she came to an interest in music through dance and the body, and her term for collage is based on the german distinction between drawing and painting and the plastic arts - as fabricated, hence the bizarre term for collage who have taken the French term into our art history. I find it interesting to note that New Yorkers were attending the Frank Lloyd Wright Museum of Non-Objective Art up until it was renamed the Guggenheim Museum in 1954, when the term abstract and non-objective were still interchangeable. Rebay, as a German with continual solo exhibitions at the Felix Feneon run gallery in Paris had considered Le Corbusier and Walter Gropius but decide on an American Architect, the then not so well known Wright, whose idealism however is in synch with her own, and asks for a "Temple" or a "Monument" to the spirit of art, which she emphasizes as ryhthmic, delineated in the essay by Karole Vail, "Rhythmic Delight: A Quest for Non-Objectivity."

I want to mention in passing, after having discussed the naissance of jazz, that the first big exhibition Guggenheim and Rebay brought to the US was not in New York but in Charleston where Guggenheim had a winter home and a great deal of city connections - since the twenties most enormous 20s dance craze that even little girls like me passed on tiny dance steps was called the Charleston - dwarfing the one my grandfather showed me once as having danced both called the Black Bottom - it is an interesting connection, but not one that Rebay ever let enter her temple - the music she wanted piped in to her absolutely modern in design and contemplative spirit of art space was not Stravinsky, Satie or Schoenberg but Chopin and Bach - although interestingly I suppose she does have an incredibly detailed study of dancers and then a couple at a table, all four African American at a Harlem Club in a style that presages later Berliner's New Realism work, but already resembles African American figuration that predates it, as expressionistic and recoding journalistically at the same time.

More to the point is the resemblance between another collage from the same period and Isadora Duncan, the founder of Modern Dance, the famous barefoot dancer from San Francisco who first toured Europe in 1905 and changed dance from the pixillated 18th century ballet form it had stayed stuck in most of the nineteenth century, forever.
Posted by Lori Ellison at 8:31 AM