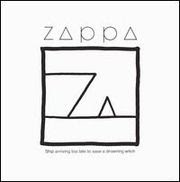 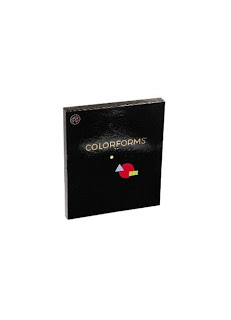 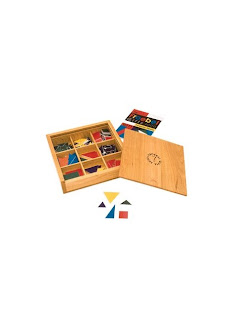 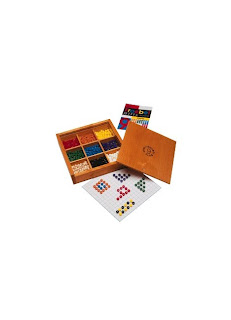 In 1993, I was sitting in the audience as one of the students accepted to Skowhegan in Maine, listening to Peter Halley give a talk and showing his "prison cell" and "cell with conduits" paintings, in their earliest square incarnations, and I thought oh, these are Droodles. At my first of many bookstore jobs, after graduating with my BFA in Communication Arts & Design, we would often find the two to four of us in the microfiche and cash register center (in those precomputer days we would look books up on microfiche sent by the two major book distributors and place orders based on availability by 1-800 numbers) we would pass the slow times by showing each other New Yorker cartoons or cartoon books from the humor section, and one of the ones we liked the best, as a guessing game, was the book of Droodles. At the time of Peter's lecture, I had no idea who had created these things, but did flash on the album cover by Frank Zappa titled "Ship to Late to Save a Drowning Witch."

From Wickepedia:
Droodles are a kind of cartoon popularized in the U.S. by Roger Price's 1953 book Droodles. The trademarked name "Droodle" is a nonsense word suggesting both "doodle" and "riddle." Their general form is minimal: a square box containing a few abstract pictorial elements, and under that a caption (or several) giving a humorous "explanation" of the picture's subject. For example, a Droodle depicting three concentric shapes — little circle, medium circle, big square — might have the caption "Aerial view of a cowboy in a Port-a-john."
Droodles in America are (or were) purely a form of entertainment, like any other nonsense cartoon, and appeared in pretty much the same places (newspapers, paperback collections, bathroom walls) during their heyday in the 1950s and 1960s. The commercial success of Price's collections of Droodles led to the founding of the publishing house Price-Stern-Sloan, and also to the creation of a Droodles-themed game show. There was also a droodle-based game called "Mysteriosos" on HBO's Braingames. Series of newspaper advertisements for the News and Max brands of cigarettes featured cigarette-themed Droodles.


1953 was only two years after the introduction of Color Forms, whose discovery and marketing are discussed in this article from the Los Angeles Times I have seriously edited:

It began when some cash-strapped art students started looking for a low-cost alternative to paint.
The search led Harry and Patricia Kislevitz to colorful, paper-thin vinyl that stuck to shiny surfaces. But the vinyl failed as an artistic medium, and the Kislevitzes left it in their bathroom with a pair of scissors to entertain house guests.
“Our friends would go in and do the most marvelous Matisse things on the wall. And they’d never come out,” Patricia Kislevitz said. “Harry said, ‘I think we’ve got something.’”
Fifty years later, Colorforms has a new owner and is doing some experimenting with new materials. But the basic concept has not changed since the toy’s formative years in that orange-and-green bathroom: Children take shapes cut from vinyl and stick them wherever they can.

“I think it speaks to the elegance and simplicity of the idea behind Colorforms,” said Moss Kardener, who became the business’ general manager after San Francisco-based University Games acquired it in the late ’90s.
A straightforward approach has been part of Colorforms since its earliest days, when its founders picked the simplest of names for the assortment of geometric shapes they cut from rolls of vinyl crammed into their New York apartment.
“I said, ‘Let’s call it what it is: color forms,’” Patricia Kislevitz said.

This reminded me that the kindergarten of a certain kind of modernism was indeed Froebel's kindergarten, formed by him starting in the 1830s and spreading all over Europe and so taking hold in the US that all public schools still call the year or so before 1st grade kindergarten.

As a semi-retired bookseller I recommend this handsomely designed and well researched book on Froebel and Kindergarten:

Synopsis: Invented in the 1830s by German educator Friedrich Froebel, kindergarten was designed to teach young children about art, design, mathematics, and natural history. Inventing Kindergarten uses extraordinary visual materials to reconstruct this successful system, which grew to become a familiar institution throughout the world by the end of the 19th century. 130 illustrations, 55 in color. ISBN:0810935260

"By 1872, kindergarten had become compulsory throughout the Austro-Hungarian Empire for all children under six years of age, and instruction in the Froebel method was made obligatory for all students of normal schools and teacher training classes. In 1909, there were seventy two kindergartens in Vienna alone."

The kindergarten is ubiquitous, but how many of its former pupils really know how it came about and what philosophies it is based upon. Norman Brosterman lovingly and meticulously studies the background of this 19th century invention, spurned by conservatives, embraced by those who wanted child-centered education for their young children, and which influenced 20th century painters and architects such as Frank Lloyd Wright, Kandinsky, Paul Klee and many others. Brosterman leaves no stone unturned. Through carefully written text and rich photographs of actual educational games ("Gaben" in German) by Kiyoshi Tagashi, he explains the goal of each "Gabe", its aesthetic value and then illustrates for the reader how these influenced a generation of artists who had been schooled with them. As an educator, gallery director, and Froebel descendant, I can say unequivocably that Brosterman's book is perhaps the best book written about Froebel in this century. Surely it is the most thought provoking book about art history that I have read in a very long time.
Posted by Lori Ellison at 6:09 AM