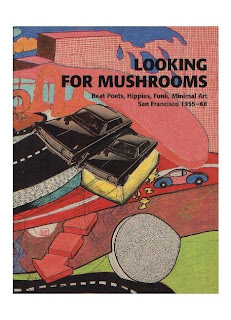 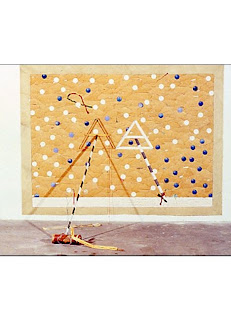 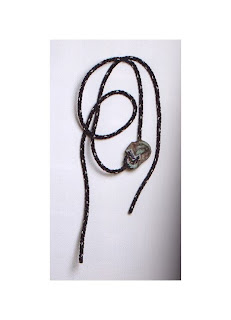 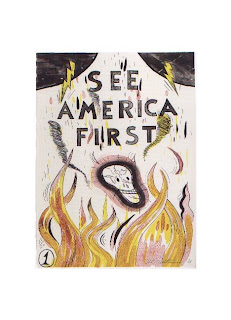 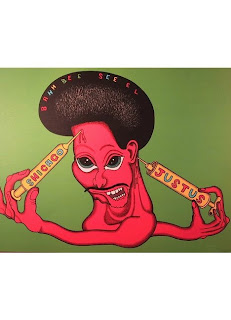 The book Looking for Mushrooms: Beat Poets, Hippies, Funk and Minimal Art, San Francisco 1955-68 is a catalogue for an exhibition from November 2008 through December 2009 at the Ludwig Museum in Cologne, that I picked up on one of my near daily stops into Spoonbill & Sugartown. I had named this forum Cabinet of Cabarets out of a special interest in how the visual arts can intersect with the poetry, writing, theater, dance and later film in a certain period - and respond to culture as counterculture in various forms - and the ways individual artists meet, collaborate, hang out with, and have something to learn from each other.

As I had been writing about Peter Saul the cover caught my eye, but I bought the book because San Francisco had been a counter culture focus in the US from the mid fifties on, and this exhibition had been organized by the three German curators to commemorate the 40th anniversary of 1968 and recognize the underknown San Francisco convergence of artists who were exhibited in Peter Seltz' 1967 exhibition titled Funk Art. In his introduction Selz makes it clear that he considers the "hot" Californian art to be the antipole to the "cool" New York art from Primary Structures, Minimal and Conceptual art.

Below the book cover is a work by William T. Wiley from the early seventies, who had an exhibition at the Corcoran in the early nineties of a much later body of work. Wiley was well enough known when I went to art school in the late seventies - an art school mainly influenced, in the rebellious painting department students but especially in the sculpture department (dropping down from the instructors themselves), by the antipoles of New York in Chicago and San Francisco.

Wiley was Bruce Nauman's teacher at UC Davis in the mid sixties, and together they wrote a letter to H. C. Westermann in 1966 they sent to him care of the Dilexi Gallery in San Francisco where he was then showing, asking him if he knew anything about the discrepancy in titles between two books of a work of Man Ray's - whether it was titled The Riddle as in one book or The Enigma of Isadore Ducasse in another.

Wiley relates in the catalogue that they got a reply from Cliff (Westermann) on a valentine that he had drawn on, "I know you must think that I am some old mean thing - but that letter was almost an enigma itself...slow down - what's your hurry. Sincerely, H.C. Westermann." They were overjoyed to get a reply and later Wiley met Westermann at Peter Saul's place in Mill Valley and explained to him that it was he and Bruce who had written him a letter about Man Ray. Westermann said, "yeah, I thought you were puttin' me on." Wiley said, "no, not at all," and Westermann came to visit what he called Wiley's "shop."

Nauman becomes fascinated with knots around this time in homage to Westermann's 1963 sculpture The Big Change in photographs he sends to his collaborator in film William Allen, and in his sculpture Henry Moore Bound to Fail, culminating in the sculpture from 1967 entitled Westermann's Ear.

I have included Peter Saul's painting of Bobby Seale, as the catalogue for this exhibition has an entire section on the Black Panthers, and the Black Festival in 1968 in Marin County, and art by Emory Douglas, worth looking into.
It also has an interview with Anne Halprin by Yvonne Rainer for dance enthusists, and photographs of the collaboration between William T. Wiley and Steve Reich for set design costumes and music for Ron Davis' production of Ubu Roi.
Bruce Conner and Semina artists who were featured in a recent publication on Semina culture are also in this book, and enormous amount of archives of the intersection of general cultural and specifically cultural ground from the times as well; however I had especially wanted to post something about William T. Wiley. I have a drawing I have done versions of and painted once that is actually an homage to a recurrent motif in his work and no one seems to be the least bit familiar with his work at all in New York. There is a major retrospective coming up in Washington DC at the Smithsonian which I will be looking forward to, and I would love to meet other enthusiasts - and at least try to make a few converts along the way.
Posted by Lori Ellison at 5:12 PM No comments: