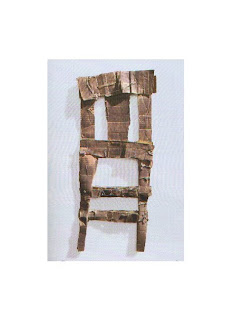 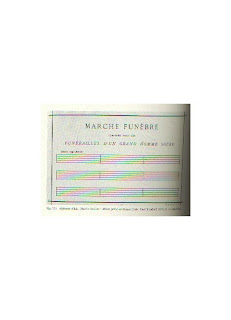 Lyle Rexer has an article in the most recent issue of Art on Paper magazine titled James Castle Recombined: A Retrospective Reveals a New Side of This Enigmatic Artist. I did see this retrospective at the Philadelphia Museum, and the Quilts of Gee's Bend second major curatorial effort and catalogue, having missed the first. This of course brings up a very close dialogue about rural inventiveness, far closer than attempts in the massive James Castle catalogue and a lot of the city hermeneutical industry's attempts to frame Castle, I believe. I will nevertheless quote from the opening paragraphs of Rexer's article and his later attempt to discredit everyone who wrote in the massive catalogue for my own and I hope a great many others' who read this forum's amusement and pleasure:

"James Castle fashioned the letters of a new alphabet throughout all of his artistic creation. And yet despite the presence today of a vast retrospective, a film documentary (by Jeffrey Wolf), and a catalog (replete with hagiographical instruments and an analysis of saliva and soot) - all courtesy of the Philadelphia Museum of Art - Castle himself remains a magnificent cipher, an abecedarium without a dictionary, an open book that cannot be read.
O Duchamp, that thou shouldst be living at this hour! The arch-Dadaist would be ecstatic to contemplate this work, especially Castle's books, and in the same museum housing his Bride Stripped Bare by Her Bachelors, Even. He would surely say that here was a pure manifestation of one of Dada's most cherished goals, to reconvene language under a visual aand poetic mandate, to open it up to association and liberate it from the chains of signification."

I would like to indicate here, as someone who lived in France in five years and became fluent enough in the language to write a paper while in graduate school at Tyler for Gerald Silk's class on Picasso and Duchamp, on Jarry's influence on Duchamp from his first youthful days right up until Etant Donnes, but especially The Large Glass, which illustrates many of Jarry's short pataphysical prose pieces. I nwriting and researching this paper I found that he was fond of throwing MacGuffins to all Anglophones who interviewed him but very honest with his friends in Paris. For example, he cited Raymond Roussel as "an influence" in the famous interview everyone who is English speaking and reading has read, but in Michel Leiris' biography of Roussel, which I read most of for curiosity's sake while researching this paper because Iwanted to see if this influence was also true, Duchamp is qouted as saying "Il est secondaire" which is a double sens (the French term for what we call a double entendre which is a faux ami) for he is second-rate, and his schooling stopped at lycee or adolescent level. Par contre, he is quoted in a surrealist magazine of the forties as saying "on continuerait a plagiat Jarry contre l'Art aux Suxcess" which would translate as "we (royal we as Duchamp is referring to himself) will continue to plagiarize Jarry against the art for Suxcess, which folds very nicely excess, success and sucer, which means to suck, into one word. Gerald Silk did end up using some of my paper, and one particular discovery, permanently in how he discussed Duchamp and Etant Donnes, which is partially an homage to Jarry's book le Surmale on one hand and a play on the faucon, faux con, on the other. However bck to Rexer's article:

In their different ways, the authors of the retrospective's catalog argue strenuously for Castle's full intentionality and more than limited awareness. In the keynote essay, Brendan Greaves comes close to enfranchising Castle as a modern artist, discussing him in relation to the ultimate linguistic game player, Argentine fictionist Jorge Luis Borges. Like so many who seek to grant such artists their due and rendition them from the outsider art ghetto, Greaves attempts to assimilate Castle's work to academic art-historical discourse, situating it within a lineage that includes Raoul Hausmann and the Russian Futurists. Castle's work does not belong there. Not that it is beyond analysis - as we will see - but the only productive way of thinking about Castle in relation to modern and contemporary art is to use the insights of Duchamp, concrete poets of the 1960s, and others to sensitize us to his work, not to embed it in concepts with which it does not engage."

Here is a poem by Yuko Otomo that is the best engagement with Castle I have read or heard to date (after watching the film with so many speaking about him in Philadelphia after seeing the exhibition) and I had the pleasure of hearing it read out loud by Yuko New Year's Day this year :


Heavy deep layers of tree after tree
& their solidified mass.
That is my voice of melancholy.

I am a chair
filled with negative space.

No reason to wait for anyone.
Nothing to expect.

Complications of sooted floors & beams
invite me & I joyfully open the door.

House after house.
That is my face.
A face of which I have not yet known.
A language which has no words.

The earth smelling sky.
That is the shadow of my comfort.
A secret.
A kind of remote agony.

I would just let the interpreters with their decoder rings duke it out and try to prove how Castle, a deaf mute who in the film was spoken of by his family to have only bothered to have learned rudimentary communication with his mother (Helen Keller who was deaf dumb and blind learned language and to read and write as such enthusiastically and spectacularly and this could lead one to assume suppose Castle enjoyed his aloneness and silence and purely pictorial form based world very very much) - and add as someone who studied typography for a full year in undergraduate school we were given a project based on taking one helvetica letter and making twentysix variations on the latter out of our own minds using French curves we were not thinking of words or language or anything but abstract formal invention based on one letter of the alphabet. If Rexer substituted playing with typography for each sentence where he uses the word language I would believe him. But his extraordinary sentence with "rendition them from the outsider artist's ghetto" ghetto itself being a strange city term for Jews in Italy and now blacks in America to apply to Castle who came from about as rural a background as anyone can imagine, but connected to the wider world through the then magic of the post office. (But probably not Duchamp and Dada journals and correspondence.)
Since Lyle Rexer cowrote the introduction for my book American Self Taught published in 1993 by Ricco and Maresca by Knopf, and then in 2005 wrote the book published by Abrams How to Look at Outsider Art about global self taught, outsider, isolate, or vernacular artists everywhere, - the terms are always in contention amongst the interpretation industry themselves - I find this rendition from the ghetto idea bizarre and very insulting to the background, or travails of so many of these artists. My favorite term is the one Eddie Owens Martin aka Saint EOM came up with himself and others at a big invite to the White House and celebration, and Howard Finster and others liked it as well - "non-curriculum artists" - barring having already passed away or being deaf and mute, the artists themselves were and still are quite loquacious, unless they were schizophrenic, suffering from mental illness and institutionalized, a very different category of artists that is a continual source of confusion in this line of study.

I have a reproduction from the album Primo-Avrilesque that reproduced the first full color spectrum of hilariously titled monochromes, Funeral March for a Great Deaf Man, under one of Castle's constructions of a chair.

I loved the entire Castle exhibition for the endless invention and depiction but above all the beautiful silence behind it, then on New Year's Day at the Poetry marathon I heard Yuko Otomo read this poem, which gave me a shiver - one of recognition. She has written me back about the silence vs. the noisy-mindedness (nosy-mindedness) of the interpretation and thought readers, and is in agreement with me here. And please go back to the quote from Rimbaud, who inspired everyone in Paris in the 1870s on up, for his looking at folk and popular art and listening to folk songs at the time, to open up everything. Duchamp would have understood things through Rimbaud and through Jarry. And Yuko understands quite well; I felt it with my whole body when she read it - the tactility and sensuousness and attention to surface was discussed very well by Rob Storr and others in the film, including his family. What wouldn't farm land people know about physicality?
Posted by Lori Ellison at 7:04 AM