Victor Kord, Jazz and the Free Play of Forms 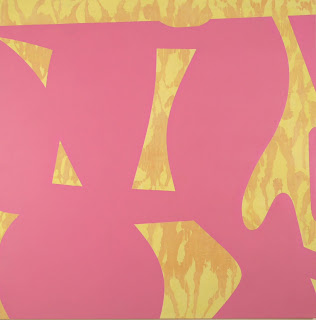 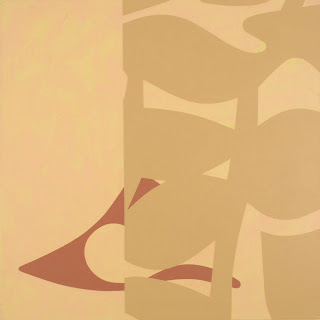 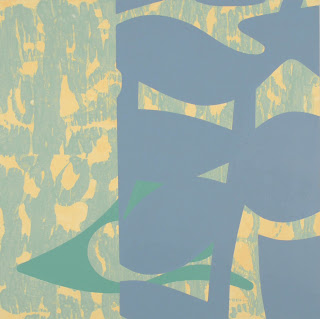 These are paintings from Victor Kord's show at June Kelly. As the first and only painting class I had before going to graduate school was Victor's, at Virginia Commonwealth University, quite a few years ago, I had a special interest in seeing his exhibition there - because I had only seen a few reproductions of his work before ever. I had heard he had been teaching at Cornell before running into him about four or five years ago in Chelsea, and was curious as all get out to see what he was up to, after we had re-established our acquaintance.

Not only was Victor a really good teacher and introduction to painting and therefore fortunate for me as a complete novice, he had been reading my book review column that focussed on both fiction and poetry in the Richmond monthly a group of us from the Commonwealth Times college newspaper had begun to put out, and asked me to write for the New Art Examiner about some shows. So getting back to the art writing he invited me to do is entirely based on his early invitation (I was 21 or 22) to do it in the first place. I had been so swept up in the music scene after doing a roundup of all the local bands and record and concert reviews at the college newspaper that I had completely forgotten the two group exhibitions foisted on me there at that time until researching my other reviews of plays, films, music and books I did as the Folio Editor there, and researching and photocopying them about 9 years ago in the VCU Library.

This is from an email I sent Victor following asking for jPegs to post him paired with Marina Adams, as painters who obviously had thought about Matisse for years and arrived at work that is contemporarily thinking through Matisse, and then Victor talking about jazz music's importance to him:

My undergrad was in the Communication Arts & Design dept. where I didn't learn anything except for example in typography how to take one helvetica lower case letter (memorably my choice was h - for helvetica itself maybe, which Rob Carter made us use for two semesters (before he got punkified by April Graiman and the new wave design) - we had to take the letter and create 26 variations / mutations with a French curve and rapidograph and India Ink on the letter, completely out of our heads. Hey wait - if you linked those forms of all kinds of abstracted letters together colorfully - and I mean with a very subtle and personal color sensibility - and with jazz improv spirit you might get something like Victor Kord paintings one day...actually design itself is not a bad discipline for abstracting from, I just dropped that ball until seeing your work reminded me of the way of thinking that project engendered that would make me have the groundwork to appreciate the discipline and chops to make the free play of these forms.
Posted by Lori Ellison at 1:01 PM