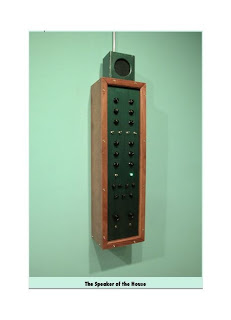 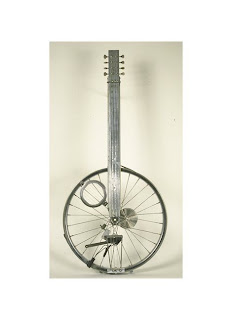 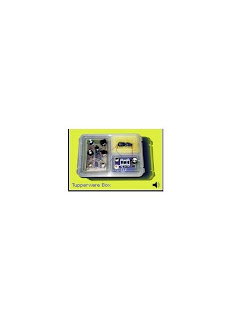 These are contemporary artists who in the tradition of Harry Partch and many other sculptor-inventor-assemblage-musicians fashion and play their own instruments.

The first is by Brian Dewan, pulled from his Dewanatron website, and is in the series of Melody Gins; he has a show at Peirogi that ends this weekend. It is an elaborate installation including a filmstrip of a Utopian Indoor Community that is actually capable of making nearly everyone I have seen sit and watch it laugh out loud, including myself.

The second is one of Ken Butler's mighty large array of sculpted and assembled musical instruments; I was gallery sitting for Sideshow when his retrospective was in the two rooms there - his show along with TODT's were the only ones that got word of mouth with the children and teenagers in the mainly Puerto Rican and Dominican community south of Metropolitan in Williamsburg in the nearly five years I was there.

The third is from the website of the Audio Artists, a collective based both in New York City and upstate originally having formed alliances in Cleveland at the Art Institute. Their website is particularly well known for Alice Malloy's theremin bra and the psychedelic video of her playing it, however that is just one of the many things they have made, performed and recorded.

I have seen all of the above musicians perform numerous times and can vouch for the inventiveness and liveliness of their music to go along with the sensibility and idiosyncratic visual appeal of each that is only hinted at by their websites.
Posted by Lori Ellison at 4:23 AM