Art World Comix for our Particular Situation in the Last Year 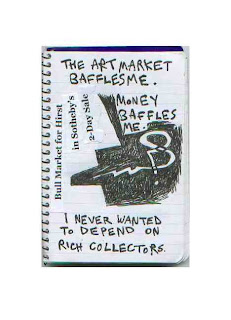 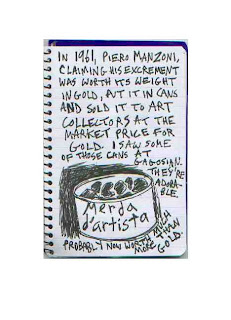 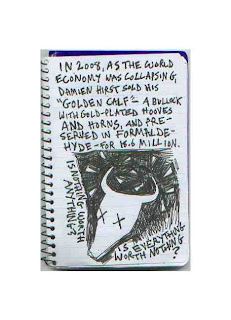 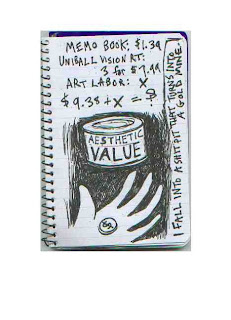 
Introducing Lawrence Swan, creator of Art Bum comix, a really absolutely up to date satirical viewing of the New York art world from inside/outside the art world, and other life dilemmas of living in New York rather than somewhere else. If you are interested further please see the interview on Hrag Vartanian's blog with Swan. His comix completely took off on the internet via Facebook last spring within the art community, for its take on the current economy and aesthetics of art, and other dilemmas of being an "art bum" - "another dope who came to New York high on hope" as the animated version explains.
(See Newcleanwars on You Tube, an anagram of Lawrence Swan's name.)

As Facebook is the discussion of our time with everyone either joining in or not, this is of interest in terms of distribution and readership and the speed of gathering an audience with something that taps into a particular community's zeitgeist. You Tube has been a good medium for this artist also, who works with a group of musicians called Audio Artists and did some political videos with their music.
Posted by Lori Ellison at 7:50 AM